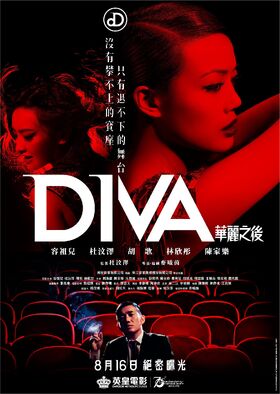 An exclusive digital EP was released in iTunes on August 14, 2012. It includes four songs from the movie, plus a digital booklet. The digital booklet was later removed for unknown reasons.

Only two months after the theatrical release, the movie released in physical forms, including VCD, DVD and Blu-ray.

Retrieved from "https://joeyyung.fandom.com/wiki/Diva_(film)?oldid=12620"
Community content is available under CC-BY-SA unless otherwise noted.