"Always Seeing the Angels" (一直看見天使) is the fourth track and third plug of the EP, Joey Ten, by Joey Yung. It is also the TV commercial song of Summer's Eve. Joey described the song is the 10th Anniversary theme song. The lyrics showed out the best feeling of this decade of her, and all people who love her is like her "angel". She was so touched because many of her friends has been part of the backing vocals of the song, such as Twins, some DJs, her fans and her friends. In the music video of the song, Joey cried truly.

Joey performed the album version of the song in Metro Radio Joey the Queen Music Show, for th first and the only time. Many fans had expected her to sing the song in Number 6, but she didn't. 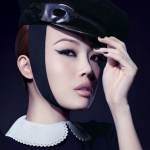